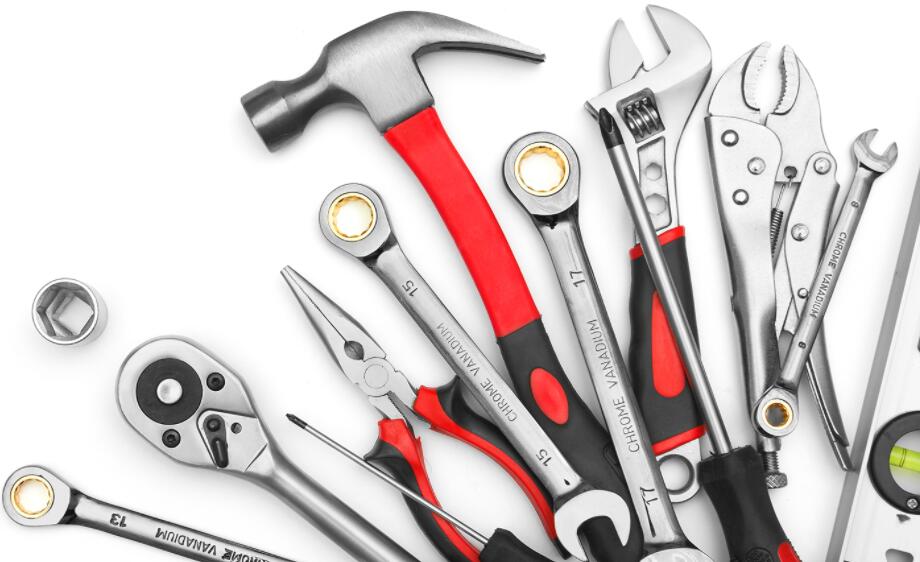 What makes a tool brand rank among the best tool brands? It’s not an easy question to answer. DIY users generally want a capable, reliable tool at a reasonable price. Professionals who depend on tools for their livelihood will generally spend a little more for a tool that will withstand the often harsh environment of the job site while maximizing performance.

Different people might have different ideas of what they consider the best tool brands. Nevertheless, certain brands are consistently at the top of independent tool reviews. Time and again, they fulfill the criteria buyers expect from them.

Over the past couple of months, we’ve been surveying our audience to see who makes the best tools – at least in their professional opinions. The answer, of course, is it depends. The best ratchet is likely made by a different brand than the best drill. You can break it down into trades, tool classes, power sources and so much more. But still, I wanted to know what the general perceptions are out there. So here’s how our audience answers the question, “Who Makes the Best Tools?”

To know which are the best power tool brand, first, we got to know: what is it. In other words: what does being the best mean in this industry? You would agree is a tricky question even for the most experienced professionals.

Those are just some key criteria, there are many others. Every DIYer, mason, carpenter, engineer, or tool enthusiast, could consider different factors, according to personal and professional needs. Furthermore, the best brand could be different depending on product lines.

Having this in mind, we knew we had hard work ahead. So we proceeded to set up the investigation.

Established in Wisconsin in 1924, Milwaukee has been owned by many different companies, but the quality has remained consistent. In 2005, they were acquired by Techtonic, who also owns Ryobi and Hoover.

Their reputation formed when they released their lightweight one-handed drill, the Hole Shooter, and the company only grew from there.
Now, they offer construction tools, outdoor equipment, and more. They have amassed a large line of cordless tools, leading the way with a cordless revolution.

They make some of the best tools for electricians, HVAC technicians, and automotive workers. They are popular with professional contractors, and suitable for the most rugged and tough jobs.

Back in 1924, Pennsylvania craftsman Raymond E. DeWalt took a standard chop saw and made the first radial arm saw, a tool that gained immense popularity in pro woodworking shops. DeWalt Inc. was formed in 1947. The company now has factories in a number of countries and seven manufacturing facilities in the U.S. In 2010, DeWalt became part of the Stanley Black & Decker Group.

A combination of power and durability has long made DeWalt tools among contractors’ favorites. These are definitely tools that focus on the professional user, and the prices reflect that fact. However, DeWalt’s reputation for reliability is such that these tools are also popular with DIY users who see the value as a long-term investment.

A well-known brand that was established in 1915, but was not recognizable as the power-tool company that we know today until 1958. First came the planer, then drills, followed by everything else.

You will find Makita tools on construction sites and in workshops around the world. Their power tools are solid, and they also offer yard equipment and a range of pneumatic tools.

They even make a cordless coffee maker that you can use on job sites. And if you want your tools to be powerful and stylish, you can reach for the LXT sub-compact brushless series.

Once based in Japan, the tools are now manufactured all around the world without any drop in quality. A favorite on job sites, their power tools are complemented by extra convenience equipment such as fans and radios.

Makita is well-known for their cordless platform, and have streamlined the system, featuring one voltage where others have multiple batteries. If you are looking for simplicity, then they are the way to go.

When it comes to the fine balance of price to quality, Bosch seems to have managed to walk that line expertly by offering tools which generally skew toward the cheaper side of the spectrum (thereby opening themselves up to a much wider spectrum of the home buyer market), without sacrificing the quality that most professionals have come to associate the brand with.

Although many of their tools do come from production facilities located either in China or Mexico, the company also maintains strict guidelines on quality, which seems to have paid off in spades to make them one of the most widely purchased tool brands operating in the market today.

Ridgid is one of the oldest brands on this list, and actually has the distinct claim to the patent for inventing what everyone knows as the modern-day pipe wrench.

The company has topped several lists among professional construction workers for their power tools, though their primary focus (and expertise) is in manufacturing just about everything a plumber would need to do their job effectively.

Ridgid has taken some flak in recent years for leasing the brand out to another Hong Kong-based company called TTI, which also manufactures products for the likes of previously American-made brands like Hoover, Dirt Devil, and Homelight.

That said, with so many accolades under their belt it doesn’t seem as though Ridgid has let the quality of their tools suffer as a result of this rebranding, which is why although not the best brand out there, has still earned a respectable #5 slot on our list of the best tool brands for 2021.

BLACK+DECKER tools are manufactured in the United States under the Stanley umbrella.

Metabo HPT is the new brand name for what was formerly Hitachi Power tools. Koki Holdings Co. Ltd partnered with KKR & Co. LP in 2017. Despite the new partnership, the brand still delivers power tools that are suitable for professionals.

Before these changes, Hitachi corporation produced construction machinery, batteries, and power tools. That did not stop. Instead, KKR has been rebranding its tools as Metabo HPT. They own a lineup of drills, impact drivers, angle grinders, saws, and more.

But there’s one thing about Metabo tools – they are pricey. Luckily, there is a valid explanation. Metabo only manufactures heavy-duty equipment after dedicating immense time and resources to researching and developing innovative tools.

Craftsman was founded in 1927 by Sears only to change hands in 2017. The brand is now owned by Stanley Black & Decker, who bought it for $900 million.

While taking over the brand, Sears retained the right to manufacture and market the tools under Craftsman’s name for the next fifteen years.
Today, several Craftsman high-quality power tools are corded, battery-powered, and gas-powered. They offer homeowners, hobbyists, and DIYers a chance to purchase high-quality products at a reasonable price.

Ryobi is a Japanese brand whose tools are suitable for beginners and homeowners. The company was started in 1943 but only began producing power tools in 1968.

It is currently owned by Techronic Industries, the same parent company for Milwaukee. This is why Milwaukee focuses on servicing contractors and professionals while Ryobi deals with beginners.

Ryobi tools are designed to last but cannot stand heavy use. In addition, their corded and cordless products are affordable.

Skil was founded in 1926 in Naperville, Illinois, where its U.S. headquarters is still based today. The company’s first product, the worm-drive circular saw, was incredibly popular on construction sites despite being very expensive for the time. This saw set the foundation for Skil becoming known as “the” saw company for decades, though the range now includes many different tools. Company ownership has been somewhat volatile, passing from the Skil Corporation to Emerson Electric in 1979, to Bosch in 1996, and to Chervon of China in 2016, where the company now manufactures most products.

Though it can be slightly confusing for consumers, Skil uses two brand names to differentiate target markets. Skil tools are intended for the DIY user, while those branded Skilsaw are for more professional use in construction and other trades. Specifications and prices reflect this difference.

The Best Woodworking Tool Brands in 2021:

Irwin was founded in 1885 in Martinsville, Ohio as the Irwin Auger Bit Company by Charles Irwin, a pharmacist. Irwin had bought the rights to a solid-center auger bit from a local blacksmith.

Judging by consumer reviews and the build quality of their tools, we’d say WEN is a good brand. Even when scouring through forums online, we found that most people love their WEN tools and get plenty of use out of them.

They may not offer the same precision and performance of professional brands like Bosch or Makita, but they can easily tackle most homeowner and DIY projects. Considering the price point of their tools, it’s fair to argue that you get excellent value for the money.

If you’re looking for reliable home power tools, consider all the points we’ve made in our WEN tools review. Users give the brand high marks and praise for quality, affordability and performance.

Kreg boasts a vast line of jig tools. In this article, we will help you decide if a Kreg Jig is worth your cash. Kreg makes a tool for everyone. The professional, the hobbyist, and the DIY woodworker. Ultimately, you’ll need to decide if one of their tools is right for you.

The Kreg Jig is a valuable tool. If you plan to construct cabinets, bookshelves, tables, or anything with multiple joints, then the Kreg tool is undoubtedly worth your money.

Anyone who needs to create numerous pocket holes will find the Kreg Jigs well worth their money. Kreg has jigs for more than just pocket holes. You can see Kreg’s line of tools on their website – there’s something there for every craftsman.

No tool can substitute practice and patience. With that being said, you can’t build a house with a spatula. Get the right tool for the job. You’ll be glad you did.

As a general rule of thumb, for their price range, Jet is a good brand when you consider the woodworking tools they have on offer. They are well made, have some nice features built in, and perform solidly even when used quite frequently.

They are better quality than Grizzly brand machines, but Jet equipment isn’t yet classed as a high-end workshop tool range.

When you think SawStop, you think “safety.” Their patented injury mitigation technology has saved many users’ fingers and hands. SawStop safety tech works by activating a blade brake and retraction mechanism when it detects human skin contact.

SawStop marketing photos show that accidental blade contact causes a scratch at most, rather than horrific digit amputation.

No woodworker, DIYer, or contractor plans on having their fingers touch a spinning blade, but it does happen. 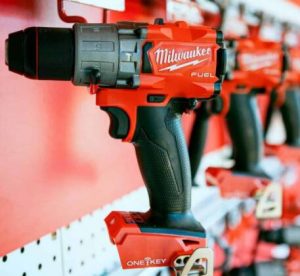