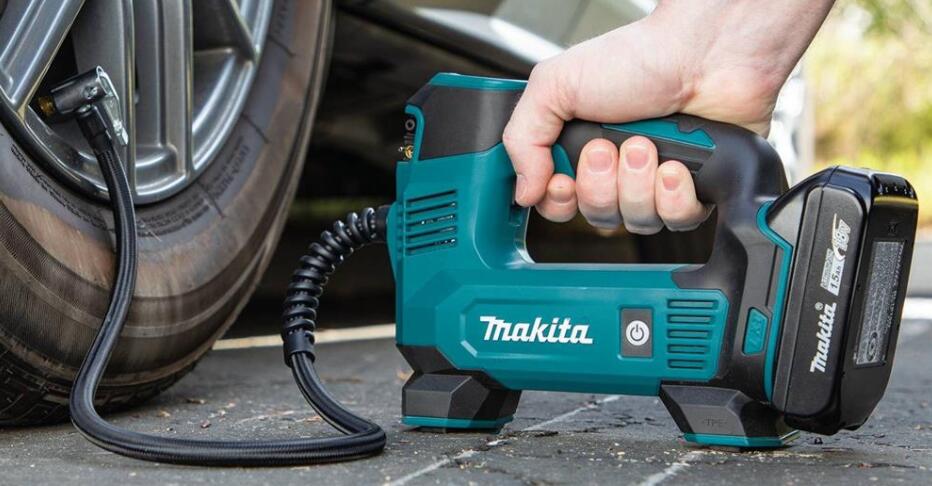 Makita, on the other hand, is a Japanese company founded in 1915 as an electric repair company.

Makita got their start by repairing old generators and other electric equipment. It wasn’t until 1958 when they manufactured their first power tool, the electric planer. Over the years they continued to grow, servicing the mid-level price range buyers with quality tools. Although, when you look at Makita’s pricing these days, they’re very similar to Milwaukee!

Today, they manufacture in 8 countries worldwide. Makita is known for making excellent mid-range tools for the average homeowner, DIYer, or woodworker.

They produce all sorts of power tools, cordless tools, and even gas-powered equipment such as mowers, blowers, and generators. In 2019, Makita raked in over 4 billion dollars in global sales.

1958 marked the release of Makita’s first power tool, a portable electric planer. Later that year Makita furthered its position as a specialized manufacturer of electric power tools with the introduction of a portable groove cutter. A Makita electric circular saw and electric drill soon followed in 1962.

After 10 years of design and testing to ensure quality, Makita introduced its first 7.2V Cordless Drill in 1978. Significant investments in research and development resulted in increased power and run time, shortened charging time and longer tool life. These same attributes would become hallmarks of Makita cordless tools. By 1987 Makita’s line-up of 7.2V cordless consisted of 15 different tools that all used the same battery and charger. A 9.6V line-up was made up of 10 tools.

Makita invested heavily in the outdoor power equipment market, back in 1991, with the acquisition of Dolmar – a very high quality German manufacturer of petrol-powered gardening, forestry and agriculture equipment.

Although the original Dolmar name was retained in a handful of European countries, notably where they had a brand presence, it was re-badged Makita in the UK. In 2008, the combined knowledge of Dolmar, Makita and Japanese engine manufacturer Fuji Robin, created a brand new user-friendly and affordable 4-stroke engine.

Compared to traditional 2-stroke, the new 4-stroke MM4 engine increased power output by up to 30% and reduced emissions by an astonishing 90%.

Why You Should Buy Makita Products

If you are considering purchasing Makita power tools, here’s why you should buy them.

Makita recently upgraded their sub-compact battery from 10.8V to 12V. The new 12V Lithium-ion ‘slide-on’ battery has multi-contact terminals to ensure a more stable contact, even under extreme work or vibration conditions.

Without doubt, 18V is the most popular battery platform sold globally. Makita made a decision to develop a ‘fully-fledged’ 18V Lithium-ion cordless platform in 2005, increasing the range to over 150 machines within just ten years and currently featuring over 225 tools.

It was a bold step, that has proved to be crucial in establishing and maintaining Makita as one of the biggest selling brands within this category.

Makita is known for investing a big slice of its budget in the research and innovation department. They have a wide set of patented technologies to improve their batteries, tools, and accessories, next, we’ll review the most crucial ones:

Makita showed off their latest innovation in Las Vegas in one of the biggest shows of the year. Figuring out which tools make the top of the list is tough, but we’re up for the task. Here are our picks for the best Makita tools at World of Concrete 2021! 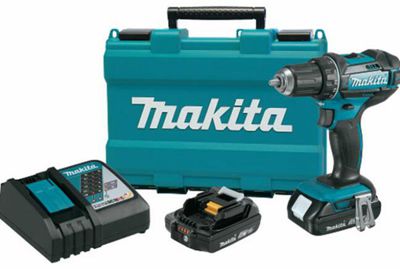 This drill has a 4-pole motor that was designed and built by Makita itself. It is capable of delivering up to 480 inch-pounds of torque which is remarkable power for this size. There is a 2-speed transmission system to accommodate different driving and drilling situations. Choose between 0-600 rpm and 0-1,900 rpm. The speed has been increased by 25% from the previous generation.

Working in dark areas is not a problem thanks to the dual LED lights located just above the trigger. These shine directly in front of them so that the user can see the drilling progress. The handle has curves designed for utmost comfort and reduced fatigue. It is also covered by a rubber material to improve grip.

The batteries have built-in circuits that protect them from overloading, overheating, and over-discharge. Sensors detect danger and kick into action right away. This should lead to longer service life. The charger is also equipped with the LXT Rapid Optimum technology for 3x faster charging. 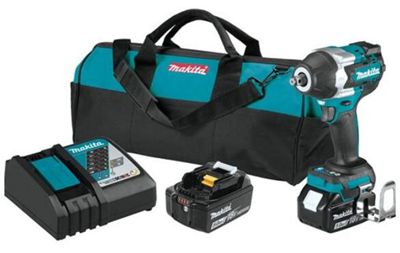 Makita’s upcoming mid-torque impact wrench is a fantastic balance of power and size. Larger than a compact model and well under the size of Makita’s larger models, this impact wrench packs an impressive 516 ft-lbs of fastening torque and 738 ft-lbs of nut-busting torque.

It’s a 4-speed model that also includes some electronic assistance. There are three levels of forward auto-stop when you’re fastening. These give you a few options of how much tightening you want to do without overtightening.

In reverse, there’s also an auto-stop feature. These are great, but sometimes you’re working on a longer bolt with a deep socket and you’d rather not hand thread off 3/4 of the length. For that, Makita drops down to a slow reverse to help you control the speed without having to feather the trigger. 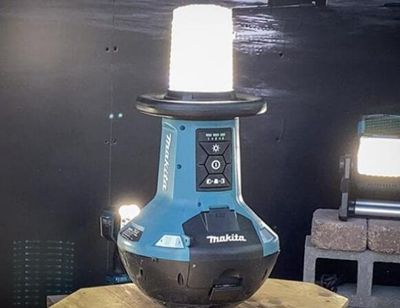 Makita’s new upright light pops up to 5500 lumens from its hybrid 18V X2/AC power sources. You can run just the left side, right side, or the full 360º of LEDs. When you’re running on AC power, you can daisy chain multiple lights together.

There are a couple of things Makita is doing differently, starting with the handle design. It’s balanced in a way that lets you carry the light with one hand but without slapping the base against your leg as you walk.

Another intentional design feature is that the light doesn’t pop back up if you lean all the way on its side. That’s because it’s easier to store and transport multiple lights when they can lay down and stack.

Do the batteries get drained while the tool is not in use?

Since these are lithium batteries, they are able to hold their charge longer than other cell technologies. Owners can leave them in the tool for a while without noticing any large discharge. In fact, some users report that they had no problem using their drills right away even after storing them for months.

Will Makita Lithium-Ion tools ever be compatible with Makita Ni-Cd or Ni-MH batteries?

No. Makita designed every aspect of the 18V LXT® Lithium-Ion and 18V Compact Lithium-Ion line of tools to deliver four promises to the pro user: More Power, Less Weight, Better Fit and More Work. LXT® and Compact tools are not just existing tools with a new Lithium-Ion battery; they are completely re-designed with the most advanced power tool Lithium-Ion battery and charging system available on the market. Makita designed and built the LXT® tool platform from the ground up to complement the lightweight LXT® and Compact battery platform.

Can I overcharge a battery?

No, Makita chargers are designed so that they will not overcharge a Lithium-Ion battery. For example, the Makita Rapid Optimum Charger (DC18RC) communicates with Makita 18V Lithium-Ion batteries to detect its charge level. Upon reaching a full charge, the charger goes into a maintenance mode and actively monitors the battery’s charge level to keep it fully charged.

How often should I change or clean the air filter on my power cut saw?

Makita power cutters come with a five-stage filter system with Advanced Directional Air Flow for increased performance and easy maintenance. The foam pre-filter should be checked and cleaned daily or at least every four operating hours when cutting with high dust amounts. When cutting wet or when cutting steel, the foam pre-filter should be cleaned weekly or every 25 operating hours (never use compressed air to clean the filters).

Can I use a cut-off wheel on any of the Makita grinders?

In order to use a cut-off wheel, the Makita grinder must be equipped with an approved cut-off wheel guard for the particular grinder. Consult the grinder’s Instruction Manual to determine the proper guard. Also, grinder accessories must be rated for at least the speed recommended on the tool warning label.